The NFL coverage map was released for week 8. On Sunday, CBS will only broadcast one game depending on which region of the United States you are in. FOX, however, will broadcast a match early and late afternoon. With just two teams on a bye in week 8, you will have a full NFL TV card.

NFL TV broadcast and coverage maps courtesy of 506sports.com. The color codes and the games to which they correspond are listed below. The listings include CBS, FOX, and prime-time games on NFL Network, NBC, and ESPN. These cards are subject to change throughout the week.

Few convincing options for your CBS coverage in Week 8, but the station sent Jim Nantz and Tony Romo to cover the AFC North game in Cleveland this week. With the Steelers’ less-than-thrilling offense and injuries piling up for the Browns, this could be a festival of snores. However, division rivals can generally provide excellent television, especially in the AFC North. 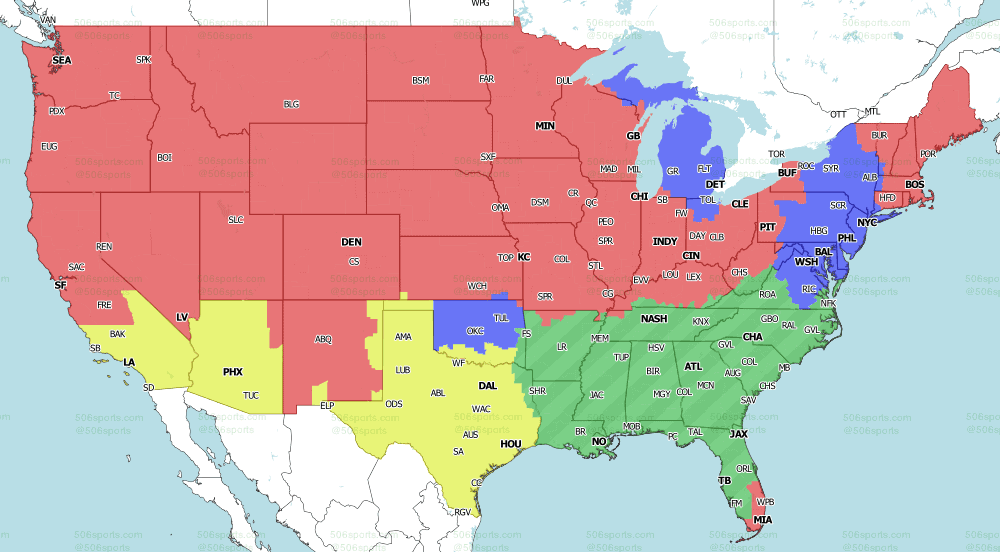 Good luck finding an early slate FOX game that will keep you glued to your TV. Most of the country will get the 49ers against the Bears, but you’d better take a nap. Probably the most exciting thing to catch will be the Rams beating the Texans.

The NFL Game of the Week centers around the NFC South game between the Buccaneers and Saints. Joe Buck will not call the Sunday game in week 8 with Troy Aikman because of the World Series. Instead, you’ll have Joe Davis on the call with Aikman.