It’s easy to look at the London Underground map and think it’s always been that way, but the truth is that over more than a century the network has changed and transformed. Subway lines and stations that seem to have been there for donkey years have sometimes been known by alternate names or at least other names have at some point come into consideration.

It’s not too much of a stretch of the imagination to see how the London Underground map could have turned out completely different. Perhaps more bizarrely, the Northern line almost came to be called the TootingCamden line, in a rather dubious mummy-related pun, after an ancient pharaoh’s tomb was discovered in Egypt.

Or maybe the tourist hotspot of St Paul’s underground station, which used to be called the post office. Here are some of the other formerly completely different metro stations and lines:

READ MORE: London’s abandoned underground station was forced to close as it would become very busy

The Bakerloo line was originally called Baker Street and Waterloo Railway before a bright spark thought of merging the name. The new name caught on, but things could have turned out differently if the owners had done the opposite and created the Waterker line.

The Hammersmith & City line appeared on the Tube map as part of the Metropolitan line until 1990.

The Jubilee line was essentially the development of a semi-built line called the Fleet line. It was named Fleet Line after the river fleet, although it only crossed under the fleet at Ludgate Circus. Construction of the line began in 1971

Never completed, in 1975 plans were underway to introduce the London Transport Silver Jubilee bus fleet and a proposal was put forward to rename the Fleet Line the Jubilee Line.

Like the Bakerloo line, special attention was given to creating a name where the stations were combined.

But perhaps most bizarre was the possibility of calling the route the TootingCamden Line, apparently influenced by Tutankhamun’s discovery in Egypt in the 1920s.

The drain is a nickname that has been used for many years in place of the Waterloo and City line by commuters.

Believe it or not, Bank wasn’t always called Bank. Although it is home to the Bank of England, the stop was actually called City when it opened – given that it served the City of London.

Acton Town was called Mill Hill Park when it opened in 1879. It became Acton Town just over 30 years later in 1910.

Fulham Broadway on the District Line was originally called Walham Green, changing its name in 1952.

The monument was called Eastcheap for just three weeks when it opened in 1884. It was later changed to The Monument and then ‘the’ was finally abandoned.

Surrey Quays was called Deptford Road when it opened, becoming Surrey Docks in 1911 and finally Surrey Quays in 1989.

Marylebone was called Great Central when it opened in 1907, changing its name just 10 years later.

Charing Cross station was simply called Trafalgar Square – for obvious reasons – before changing its name in 1906.

Lambeth North doesn’t have the catchiest name of any tube station – and it seems people don’t know what to call it. It was first called Kennington Road, then Westminster Bridge Road before becoming Lambeth North.

Interestingly, St Paul’s was called the post office when it opened in 1900.

Arsenal was called Gillespie Road when it opened, before the football team left Woolwich. Its name changed in 1932.

Barbican was once called Aldersgate Street before the famous estate and arts center was built. It became Barbican in 1968.

Want more MyLondon? Sign up to our daily newsletters for all the latest and greatest from London here. 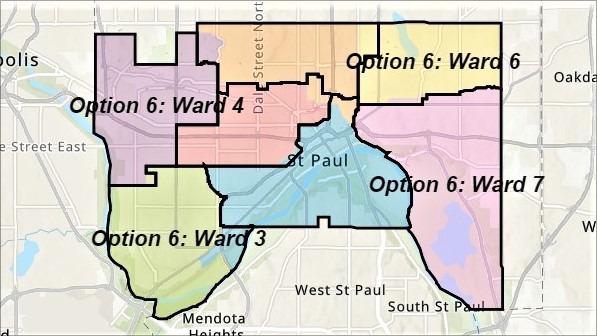